In the Policies of Regional Security and Defense: which was presented by Barq for Policies and Consultations Center as a consultancy support in the field of decision-making, to set out the Center’s vision about the international crisis in the Arabian Gulf, such crisis resulted from the contradiction between the United States of America’s interest  besides its allies’ interest either on the one hand, and the strategies of the Iranian regime and its affiliated groups on the other hand.

Introduction: about the crisis in the Arabian Sea, the regional scope of the Arabian Gulf, the international reactions to the military concentrations, the increasing military escalation practiced between the Unites States and its adversaries in the region through the military mobilization that the Gulf water has not seen since the occupation of Iraq which handed the US to Iran and the religious organizations affiliated to it.

At the last minutes, the political circle of the White House has stepped back from direct a limited military strike against the Iranian military and security system, especially after the downing of a US-based Triton MQ-4C over the airspace of Koh Mubarak in the  southern Hormuzgan province – according to Iranian state television- hence, what is the reasons of the American setback, which could not be explained apart from the estimation of the position of different powers existing in the Arabian Gulf Water.

With respect to the US: the arrival of a frigates,  aircraft carrier, and aerial reconnaissance  accompanied by Trump’s statements about the possibility of increasing the number of the troops in the region,  show the insistence on the escalation with the possibility of taking a serious decision against Iran, however; given the locations of these troops and places of their deployment; we have other options that almost destroy the idea that both parties of this conflict is interested in a direct confrontation, additionally, there are deficiencies and weaknesses in the structure, quality and objectives of the American escalation:

With respect to Iran: its policies has demonstrated through maintaining the same scale of statements, while it did not raise the combat readiness to the level of general mobilization or  general alarm such measures have protected the internal situation from the deterioration that; could be added to the vulnerability of Iranian society and that; could lead to a turmoil in the status of Iranian regime that it is actually vulnerable to an internal conflicts that could threaten its existence. Which added to the credit of Iranian regime and prove that it is aware of the limits of American escalation on the one hand, and it is aware of its situation that it could be collapsed and turned into an internal war accompanied with regional chaos, if the United States launched a military strike against the backbone and the limbs of Iranian regime on the other hand. Accordingly, the vulnerability and fragility of the Iranian regime is considered one of the reasons for the deterrence that delays or prevents any serious decision to target the eroded cancerous regime.

It should be noted that, the Amiri Decree No. (12) issued by Sheikh Tamim Bin Hamad Al-Thani, on Thursday 16th of May 2019, regarding the determination of the Qatari economic maritime zones off its main coastlines besides the coastlines of the islands under its sovereignty in the Gulf waters, which made the state in advanced position compared with other Gulf Cooperation Council countries that are disoriented as a result of the inability to determine the direction and curves of the executive policies of Trump’s administration.

It is noted in the law that its time, which allows the state to impose its sovereignty scope, such sovereignty scope is formed according to the mapping drawings, as it built an advanced fence in addition to the anterior control points that provide operational depth to the state’s agencies vested to protect this scope, which mean the armed forces and the appropriate authorities in coast guard  are vested to deal with any violation, accordingly; it applied the law with its economic side with its military claws that enhanced the position of Qatar in the tension that hit the Arabian Gulf.

With respect to Europe: the continent is not unified as one man as it was in the past especially during the second Gulf War, but it suffers from internal rift that forced its countries to deal with the new crisis of the Arabian Gulf depending on the diffuse interests, which turned the role of its armed forces that working in the region into reconnaissance, spy and collecting information that allow them to deal with any emergency, this could not provide an effective role for these countries in the crisis, but make them only an observers.

With respect to Turkey: it declared in the media that it rejects what it is called “the American diktat” it practically coordinated with the US through its sovereignty institutions, as it attempted to reassured them about the delay of receiving (S) defensive system, which its arrival to Turkey at that time means the interference on the reconnaissance troops in the region and threaten the defensive umbrella accompanying to the naval forces, besides it simplifies monitoring the aerial transportation in the major US bases in the south of Anatolia.

Interestingly, the media and Sensing Centers did not mention that (( the decision of delay receiving (S) system did not taken by Ankara alone, but it came upon Russia’s welcome and  based on another mutual understanding between Russia and America over role-playing in the region, such psychological pressure makes Iran feel that it is rejected by super power countries and it is alone in the region in the face of any conflict that is causing it to escalate, This is exactly what Putin said in his comment over the possibility of Iran’s withdrawal from the nuclear agreement)).

With respect to Russia: Russia has not presented itself as a godfather of the settlement in the region as in the past, but it moved to Iran and contributed in isolating Iran itself, Russia also refused to present any public support to American position as the  Kremlin announced that it is unwilling to compensate the markets for the lack of Iranian oil, at the same time the intelligence agencies affiliated to Russia worked to tighten and stifle the Iranian position and isolate its allies. These measures refer to there is an international desire to make Iran to understand that it has a limit role in the region, and it should not exceed it, especially after the  provocation and confusion made by Iran against Russia in Syria as it seized  the Palmyra Desert Phosphate Mines, and its attempt to control the port of Banias in an attempt to encircle the expansion of the Russian base in Tartus.

The region is changing rapidly and will not has its clear form soon, and the alliances in which are changeable and not constant and are not even constructive, which allow the regional and international roles to increase their level of benefits from this problematic position. Accordingly, in the face of regional and international instability, and the consistent pursuit to avoid the damage that could hit the high interest of the countries involved in the region as a result of the unhelpful decisions taken by Trump and often irresponsible. Therefore, there is a minor percentage remaining for a -small mistake- that could explode the situation and turn the efforts to avoid the war into a real nightmare.

Mahmoud Ibrahim: the responsible for Policies at Barq for Policies and Consultations Center / Expert in Security and Defense Strategies

The Russian Approach Towards North Africa

Storming the green … a start to storm the red lines between change and indefiniteness.

Being a minister follows which logic in Algeria? 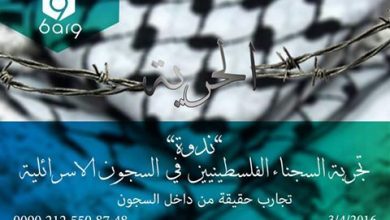 The principle of two justices: a Quranic study in the fields of Da’wah and the government. “Discussion and dialogue”.