Barq Center for Consulting continues with the intellectual enlightening series about the relationship between the educated and the society and his anticipated role in building the society cultural form by the educated effectiveness in understanding and explaining the formation problems in the collective political work of the environments affected by the vibrations of revolting against the authoritarian regimes in the Middle East.

The prevalence of violence and the increase of terrorism in the Arab region are considered ones of the important issues that have been facing the educated Arab because of their several effects and different dimensions on the society in particular and the country in general. As the educated is a part of them, the mutual influence is inevitable with the presence, increase and prevalence of violence and terrorism at the present stage. There is even a consensus among the political, educational, intellectual and economic circles that there area is passing through a historic turning point characterized by extreme difficulty and complication because of the increase of violence and terrorism whose threats reach all levels, the political, the social, the economic, the cultural and the security. Violence and terrorism issues have become the effective factor in the policies and strategies of the Arab, regional and international countries and the effective motive for individuals and groups- according to a particular interpretation of events, issues and life- to adopt intellectual stances embodied in reality through violence operations that shake security and stability which constitute the base of life in society and the country.

The contradiction between education, violence and terrorism

The relationship between education, enlightenment and awareness and violence, terrorism and extremist acts is an inverse relationship and most often both of the sides are at odds as the absence of education and the educated from being involved in peoples’ movements, directing them and enlightening then and in making them committed to their causes contributes to the prevalence of radical, extremist and racist thoughts, in addition to the presence of troubled political, security and economic situations peoples suffer and the absence of justice for the oppressed strata in these societies and countries. The general educational weakness, similarly, leads giving the chance to the terrorist and radical groups to spread their ideas and promote their projects exploiting the ignorance of societies and their realization of the danger after it is too late. Those groups spread their ideas while the educated are busy in the crises of education on the one hand and in their conflicts on the other and the resulting inability to resist the intellectual-cultural inertia. As a result, the society remains far away from understanding the educated opinions, because of the discrepancy between the two sides in the thinking field.

The phenomena of violence, terrorism and extremism are intellectual phenomena. The Arab societies did not develop in their educational structure to the point of making the appearance of illogical symptoms rejected in society. The educational and media environment plays an effective role in enhancing the authoritarian thinking and in the justification of the practices of the stronger side, being either a political authority or an armed group or a financial power or any other side that have strong papers to perpetrate action or influence. The failure of the educated Arab in finding a rational modern intellectual environment is one of the reasons of breeding extremism, ignorance and fanaticism, in addition to the other political, economic and social reasons, let alone the conspiracy theory that forms a part of the Arab mentality. Instead of facing reality and identifying the mistakes clearly, many find in the conspiracy theory a way of an easy escape for them by blaming others for the mistakes and by talking about a conspiracy being made against the Arab countries to wipe out their civilization and peoples; it is something that contradicts logic in many aspects. What is unfortunate here is that many educated people or those considered educated play a role in strengthening this image and consolidating it in the minds. This made young men resent each other and consider that we have to take revenge from those who conspire against us and to fight them instead of any dialogue with them. This contributed to the fostering of violence and terrorism and the extremist ideology in the Arab countries. The same case applies to the educated who cheers for the tyrants and dictators and who polish their image and justify their brutal actions and their use of violence against the opposition. This contributes to the continuation of the regimes in using violence and killing against their peoples.

The educated, the victim of violence and terrorism

It can be said that the educated and education are more vulnerable to the sides that perpetrate violence whether they are the regimes and the authorities or the violent groups and those similar to them, the extremist and terrorist groups. The educated have become between two choices and both are hard: either fulfilling their responsibilities and duties as educated practicing their role in criticism and awareness and commitment to the matters relating to public affairs- something that will expose them to danger that might cause their death, imprisonment or torture- or to stay silent where their role as educators is lost and the feature of education no longer applies to them.

No doubt that the violent radical groups many times fear education and the educated more than they fear authority due to the role the educated can have in drying up sources of terrorism and in shrinking their areas in society. Similarly, the despotic regimes in the Arab countries which realize the danger of the educated on their presence use all it can, all methods of carrot and stick to gain the educated to their side or at least to silence them or they will be liable to the violence methods they possess and which they use extensively against those who criticize or oppose them alike.

Thus, the radical groups and the violence and terrorism groups are inconsistent with the culture of modernism and the modern style of life that prevailed in the Arab societies where the national state after independence was built on some of their concepts and values. These groups aimed at changing the modernized culture and life style to a new kind of culture built on the ideas these groups believe in depending on the violent means, the strength, the weapons and the killing of any educated person who opposes them.

It is no exaggeration to say that the most prominent victims of violence and terrorism are the educated by targeting them more than once. The first one is represented in being a citizen in the first place regardless of his religious or ethnical identity. The second, he was targeted because he is educated and carries an opinion that opposes terrorism and extremism and the projects of the violent groups. The third, the targeting is accumulative by the appearance of the terrorism phenomenon and its domination over the process of building the society by practicing violence in all possible means.

The second violence the Arab educated face is the violence of the governing authorities in a number of the Arab countries. These authorities adopted a single way of dealing with the people represented in “I show you what I see only”. Anyone who opposes these authorities is either dead or imprisoned or displaced. Under an arbitrary policy against the educated and under the closure on the educational movement and making it walk on one leg, many writers were chased and imprisoned to force them to join the ruling authorities or by getting rid of them by absenting them from the cultural and political scenes.

This atmosphere prevailed in a number of Arab societies and caused the suffocation of the educated and the writers before others and which made the educated divided among themselves; some of them explicitly or implicitly hid behind his tribe or ethnicity, while others remained truthful to their national view and tried to keep a balanced objective vision. The problem with the latter ones was that there was no one to protect them. Thus, leaving the country was the only way to survive.

The role of the educated in facing violence and terrorism

Violence and terrorism are based in many of their sides on certain types of thinking that pushes towards intellectual, doctrinal and behavioral extremism. It is bad in activating certain motives towards violent behaviors which in turn lead to other violent and terrorist behaviors at the individual or gr group level. These behaviors are an expression of a chaotic terrorist ideology or a terrorist organized ideology. This means education in some of its components is a part which lies behind the violent behavior and the terrorist thinking. It also means that the cultural analysis or approach is an important introduction to check and dismantle the intellectual structure of the terrorist ideology and its components and the motives of the behavior of its followers. Here comes the role of the educated and that of the researchers and specialists in particular in bearing the responsibility to perform the required role in observing and facing the challenge of violence and terrorism and in addressing their roots and reasons and their results. What the educated can do in this regard can be summarized as follows:

“The mentioned ideas do not necessarily express the views of Barq Center for Consulting and Future Studies”.

All rights reserved to Barq Center for Consulting and Future Studies @ 2018. 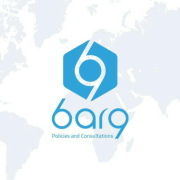 A workshop on strategic planning