Between the start and the end, joy, about which you were always alert, betrayed you. Everything changes from stones to thoughts; Palestine leaves you without saying good-bye. I was in shelter hung on the rope of difference between two very different days. Let the homeland hold its tongue a bit. Rivalry starts between you and life itself. The earthquake takes you and knocks you down. They returned to Yerushalayim: the general, the priest and the adulteress.”

If it is possible to say that (1949-1947) war was the foundation war of the Israeli State, June 1967 war, no doubt, was the war of maintaining existence. A quick look at the then cabinet meeting minutes and at the discussions that occurred between the two wars will show the great influence of this war in maintaining Israel presence and reducing its existential anxiety and its change to ecstasy whose effects continue till this time. June 1967 defeat constituted an exceptional shock at the Arab and the Palestinian levels abbreviated by Mahmoud Darwish’s saying “Everything started, and everything ended”.

Due to the importance of this war, dozens of academic studies about the history of the war and its details on all the fronts were issued in the previous years. Lately, on the occasion of the passing of 50 years of the war, Israel State archive released the largest documentary collection about the war, starting from the moments of the first escalations reaching the detailed battles and ending with its effects on land and man. This new collection is distinguished from the previous ones in the state archive and in the defense ministry archive and others by its size and the diversity of its content. It will certainly pave the way for new readings of the history of the war and its consequences.

These minutes recorded the ongoing governmental discussions shortly before the war broke out on the battles on the borders with Syria and the escalation of the guerrilla operations launched through the Syrian and Jordanian lands. There was also the ongoing discussion on the Egyptian front reaching taking the decision of expanding the government and representing the opposition in it few days before the war. The minutes detail the ongoing discussion about the war decision and the size of the military operations on the different fronts and then the echoes of the international and local war in addition to the discussion of future of the occupied territories and the destiny of their inhabitants. Later, another collection of the security cabinet meetings minutes was released. This collection included 70 minutes starting with the minutes of the meeting on January 3rd 1967 through the meeting minutes of December 31st 1967. This collection, similar to the ones before, covers part of the ongoing discussion about the war and the decision-making mechanism. In these meetings, in addition, there are talks about the thinking of the Israeli ministers of Gaza future and the suggestion was to make the people there thirsty to force them to leave it.

In addition to these minutes, two files of the minutes of the foreign and security committee in the Knesset that cover the period from May 31st through October 20th 1967.

Despite the specific importance of the documentary collections mentioned, the rest of the other released files are not of less importance. About 728 files were also published covering different periods. These documents can be classified according to their topics as follows:

In addition to these documentary collections, 318 audio recordings of news follow-ups from Radio Kol Israel were also released and 30 videos that document the different moments of the war. It is worth mentioning that the archive blocked some contents of the documents, but these can be ignored compared with the documents that were published in the ministry of defense and in some academic writings which were allowed to be released after they were blocked when they were published in the state archive. The most prominent is Tom Segev book “1967: Israel, the War, and the Year That Transformed the Middle East”.

Reading about “The Syrian Jihad”

Memory, Oblivion and the Nationalization of the Jewish Identity.

Map of the fighting groups in Sinai peninsula and their future 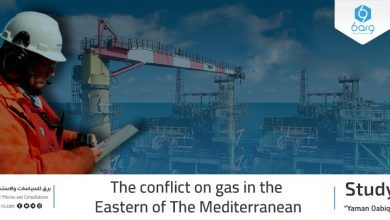 The conflict on gas in the Eastern of The Mediterranean 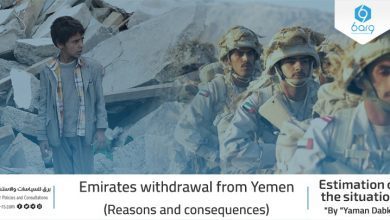 Reading about “The Syrian Jihad”